What Are the Most Important Museums in the World 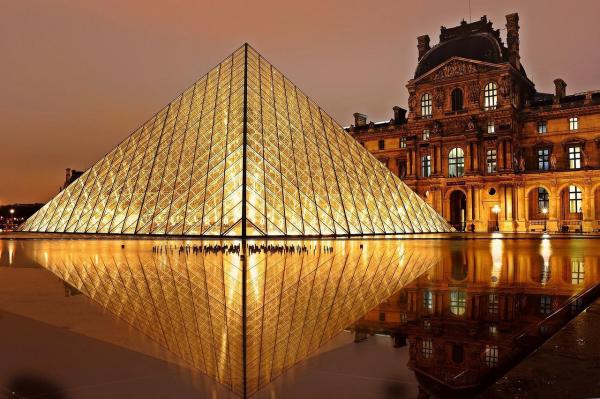 Museums and galleries offer their visitors the opportunity to view the greatest works of art up close, while preserving their impressive collections for future generations. There is a huge selection of museums and art galleries around the world that deal with various topics, from natural history to technology or contemporary art to social history, just to name a few. Even though it is hard to choose the best museums in the world, there are certainly some you ought to see when you visit their cities and countries.

In the following oneHOWTO article, we have selected some of the most important museums in the world.

You may also be interested in: What are the Seven Wonders of the Modern World
Contents

The Louvre's collection is one of the richest in the world and includes works of art and artifacts spanning 11,000 years of human civilization and culture. The Louver is famous for its collections, which include the fine arts as well as archeology and the decorative arts.

With about 7.5 million visitors per year, the French museum is at the top of the popularity scale.

Not only that, the great palace that houses the museum dates back to the late twelfth century and is a true lesson in architecture: from 1200 to 2011, the most innovative architects have alternately built and developed the Louver.

The museum's collection is extensive and includes some of the artistic works that have most influenced the history of universal art: Works by Van Eyck, Vermeer, Rubens, Delacroix, Ingres, Gericault, just to name a few.

The Louver also stands out for its sculpture collection, which ranges from the ancient civilizations of Mesopotamia or Egypt to neoclassicism. The museum also has areas dedicated to non-Western art, with a large African and Oriental collection.

The British Museum was founded in 1753 and opened in 1759. It was the first museum in the world that was open to everyone. It was also the first national museum to cover all areas of human knowledge.

The British Museum houses more than 7 million artifacts from prehistoric, ancient and classical times. The collections are arranged by geographical origin.

It has nearly six million visitors a year and is the third most popular art museum in the world.

No other museum has collections of similar depth and breadth, beauty and significance. Its vast collections allow us to explore the extraordinary diversity of human cultures. It hosts items from small villages to vast empires, which allows us to see how people have given form and expression to every aspect of life, and to realize how closely all these things are connected.

The Museum of Modern Art (MoMA) was founded in 1929 as an educational institution with the goal of being the world's leading museum of modern art. The museum manifests this commitment by building, preserving, and documenting a collection of the highest caliber that reflects the vitality, complexity, and unfolding patterns of contemporary art.

The museum also has large collections in other areas such as graphic and industrial design, photography, architecture, and film.

It is a public museum with a uniquely important collection of paintings for the benefit of all. Together with the Louvre, it is one of the most influential art galleries in the world. It does not have as many works as the Louvre, but it stands out for covering all periods of Western art history, from the beginnings of the Renaissance to Post-Impressionism.

It tells a coherent story of European painting over seven centuries, reflecting how artists and the societies in which they lived responded to myth and religion, history and events.

The National Gallery represents a living legacy of mankind's highest cultural achievements in painting and is an invaluable resource for understanding the world as we have inherited it.

Some of the most important works on display at the National Gallery include Da Vinci's "Virgin of the Rocks," Van Eyck's "The Arnolfini Portrait," Van Gogh's "Vase with Three Sunflowers" or "Rokeby Venus" by Velázquez. Admission is free.

The Prado opened in 1819 and is now one of the most popular places in the art world, with 3 million visitors a year and an online presence of over 10 million. Throughout its history, this museum has focused on celebrating Spain's cultural and historical heritage.

The Prado Museum is internationally recognized as one of the most important art galleries in the world. Here you will find "Las Meninas" by Velázquez, "Los fusilamientos del 2 de mayo" by Goya (the collection of Goya's works is immense) and a large representation of other Spanish painters such as Zurbarán, Sorolla or El Greco.

There are also works by international artists such as Bosch, Titian or Rubens. The painter Antonio Saura, by whom there are also paintings in the Prado, assured that the museum is not "the most extensive" but "the most intense".

Fans of Egyptian art who do not want to settle for the British Museum can travel to Egypt to see it all firsthand. The Egyptian Museum is the oldest archeological museum in the Middle East and houses the largest collection of Pharaonic antiquities in the world. The museum displays an extensive collection that spans from the predynastic period to the Greco-Roman era.

The Egyptian Museum in Cairo houses the largest collection of ancient Egyptian objects (more than 136,000), including several pieces related to Tutankhamen (his throne, a mannequin, death masks, his coffin, etc.).

Many institutions have criticized the museum for not having enough space for the works, which seem to be "stacked" rather than displayed. For this reason, the Great Egyptian Museum is currently under construction, which will house most of the museum's collection and have much more modern technology and architecture.

The Museum of Gold (Bogotá, Colombia)

The Gold Museum, as its name suggests, is a museum dedicated to gold. Not just any gold, of course: it displays gold pieces and pottery from the pre-Columbian period. It is the world's largest collection of pre-Hispanic gold work (it includes about 34,000 gold and tumbaga pieces and about 25,000 ceramic, stone, shell, bone and textile objects). It is one of the most visited tourist highlights in Colombia, and the museum is visited by about 500,000 tourists annually.

The museum's collection is a testament to the life and thought of the different societies that lived in what is now Colombia before the Spanish conquest of the Americas.

One of the most important and visited museums in Italy, it is also one of the largest and best known in the world, housing a collection of priceless works, especially from the Italian Renaissance period.

The Uffizi Gallery in Florence occupies the first and second floors of a large building built between 1560 and 1580 and designed by Giorgio Vasari. They are famous for their outstanding collections of ancient sculptures and paintings (from the Middle Ages to modern times). The 14th century and Renaissance painting collections include some absolute masterpieces. In addition, the gallery has an invaluable collection of ancient statues and busts of the Medici family, which decorate the corridors and consist of ancient Roman copies of lost Greek sculptures.

This vast gallery houses the Medici family collection, which is so extensive that many of the items cannot be displayed due to lack of space. The collection includes several paintings by Michelangelo, by Raphael, by Botticelli, several works by Leonardo da Vinci, Titian, Caravaggio, etc. A must for every visitor to Florence, and especially for all fans of Italian painting of the 15th and 16th centuries.

The Acropolis Museum is an archeological museum that focuses on the findings of the archeological site of the Acropolis of Athens. The museum was built to house all the artifacts found on the rock and surrounding slopes, from the Greek Bronze Age to Roman and Byzantine Greece. It is also located over the ruins of part of Roman and early Byzantine Athens.

Despite its name, the museum is not located on the Acropolis, but in a separate building. As you would expect from large museums, this collection of archeological pieces is rather small. The building houses archeological finds from the Temple of Athena, but only stone sculptures from the monuments of the Acropolis and the excavations made on the site. Other types of pieces, such as vases, bronzes or inscriptions, are located in other museums in the city.

The museum's collections include the Stone of the Sun, giant stone heads from the Olmec civilization found in the jungles of Tabasco and Veracruz. It also includes treasures from the Mayan civilization found in the sacred cenote at Chichen Itza, a replica of the sarcophagus lid from Pacal's tomb at Palenque, and ethnological representations of contemporary rural life in Mexico.

There is also a model of the location and layout of the former Aztec capital of Tenochtitlan, where the center of present-day Mexico City is now located.

It is divided into 23 thematic rooms dedicated to the different tribes and has gardens where replicas and sculptures from regions such as Chiapas, Oaxaca, or Yucatán can be seen.

If you want to learn more about the pre-Hispanic civilizations and their culture, do not miss this other article about Mayan clothing.

If you want to read similar articles to What Are the Most Important Museums in the World, we recommend you visit our Travel category.

What Is The Best Luggage For Air Travel
How to Get to Robben Island
Where to Buy Spices in India
How to Communicate in a Foreign Country
Most read
1.
How to Change a Name in Spicejet Booking
2.
How To Tell If It's Going To Rain
3.
How to change Formation in Fantasy Premier League
4.
What are the Names of the Disney Princesses?
5.
How To Play Dominoes
6.
What are the Names of the Ever After High Characters?
7.
How to Clean Nickel Silver
8.
How to Cancel a SpiceJet Ticket Online

What Are the Most Important Museums in the World 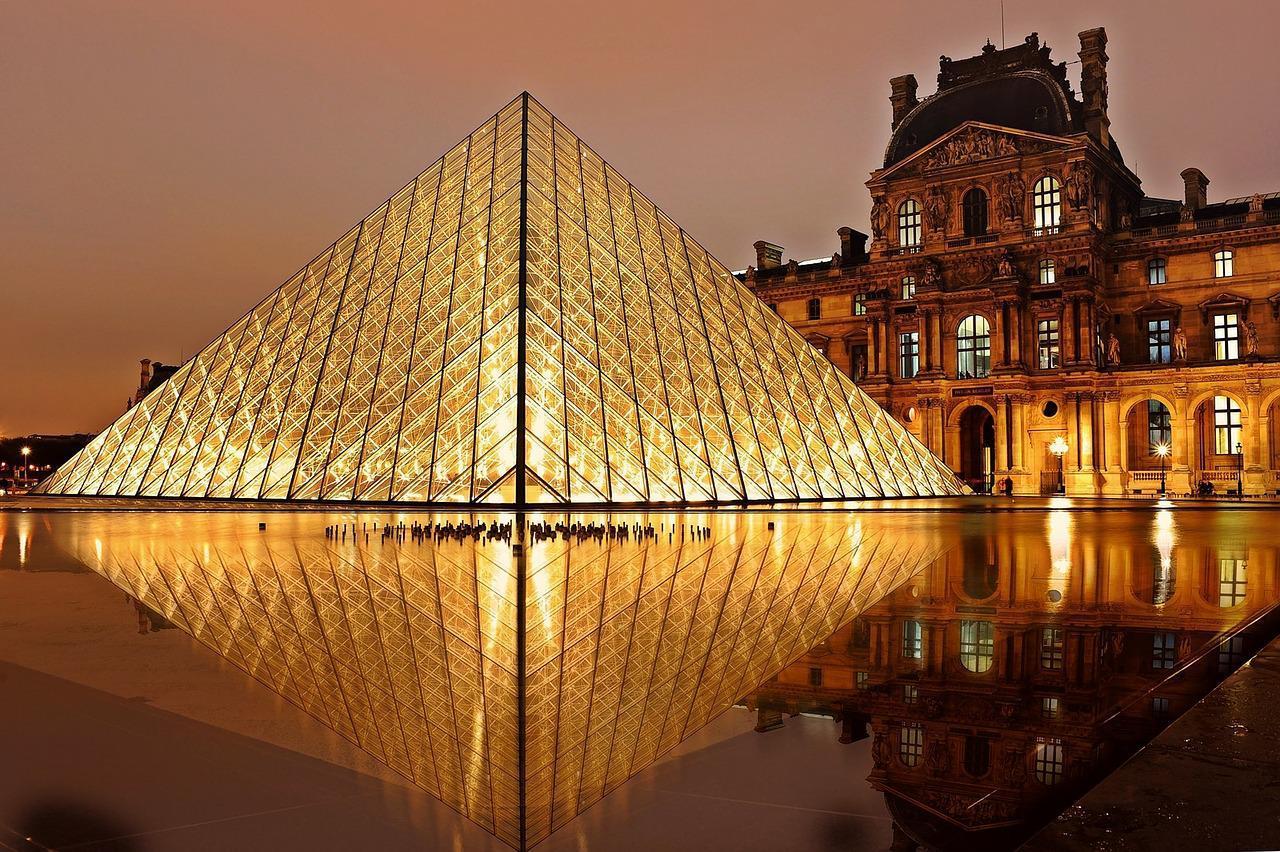 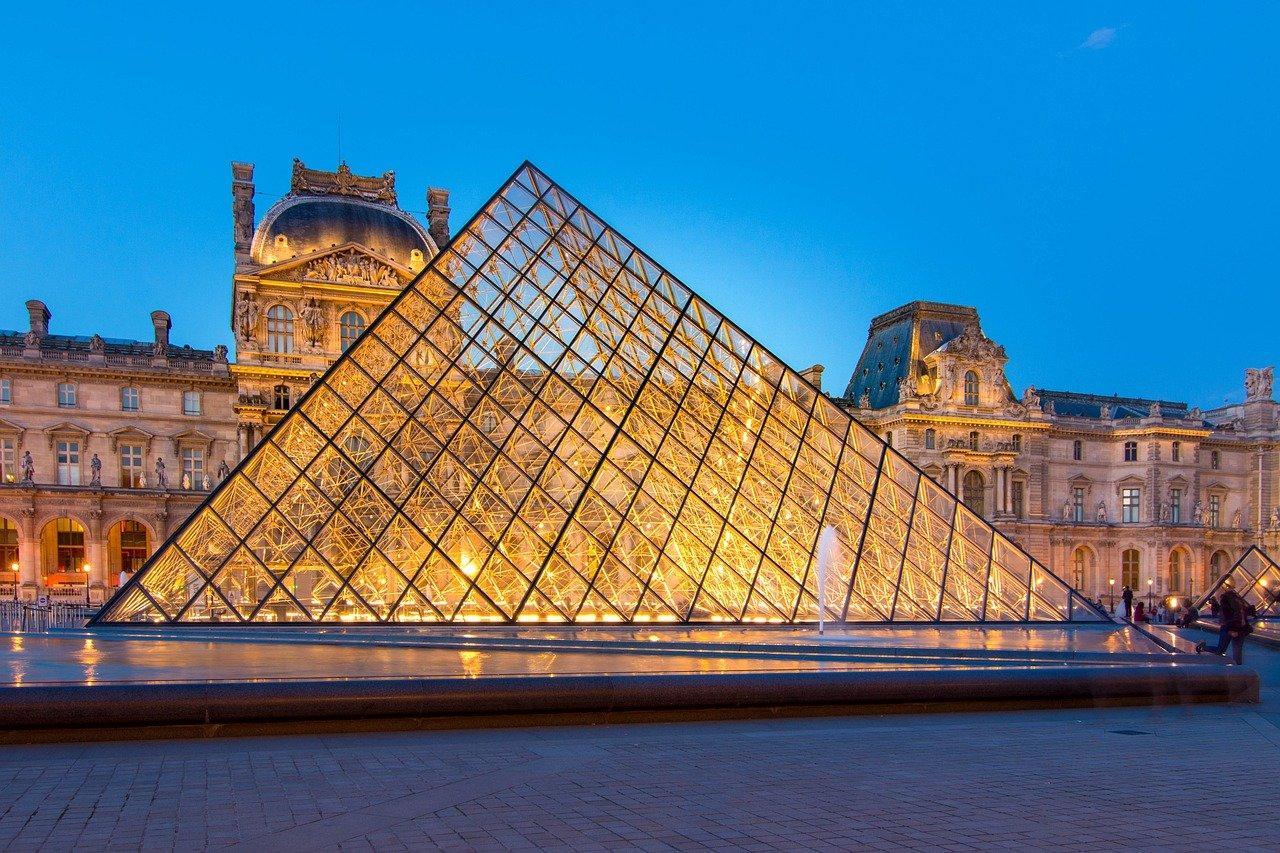 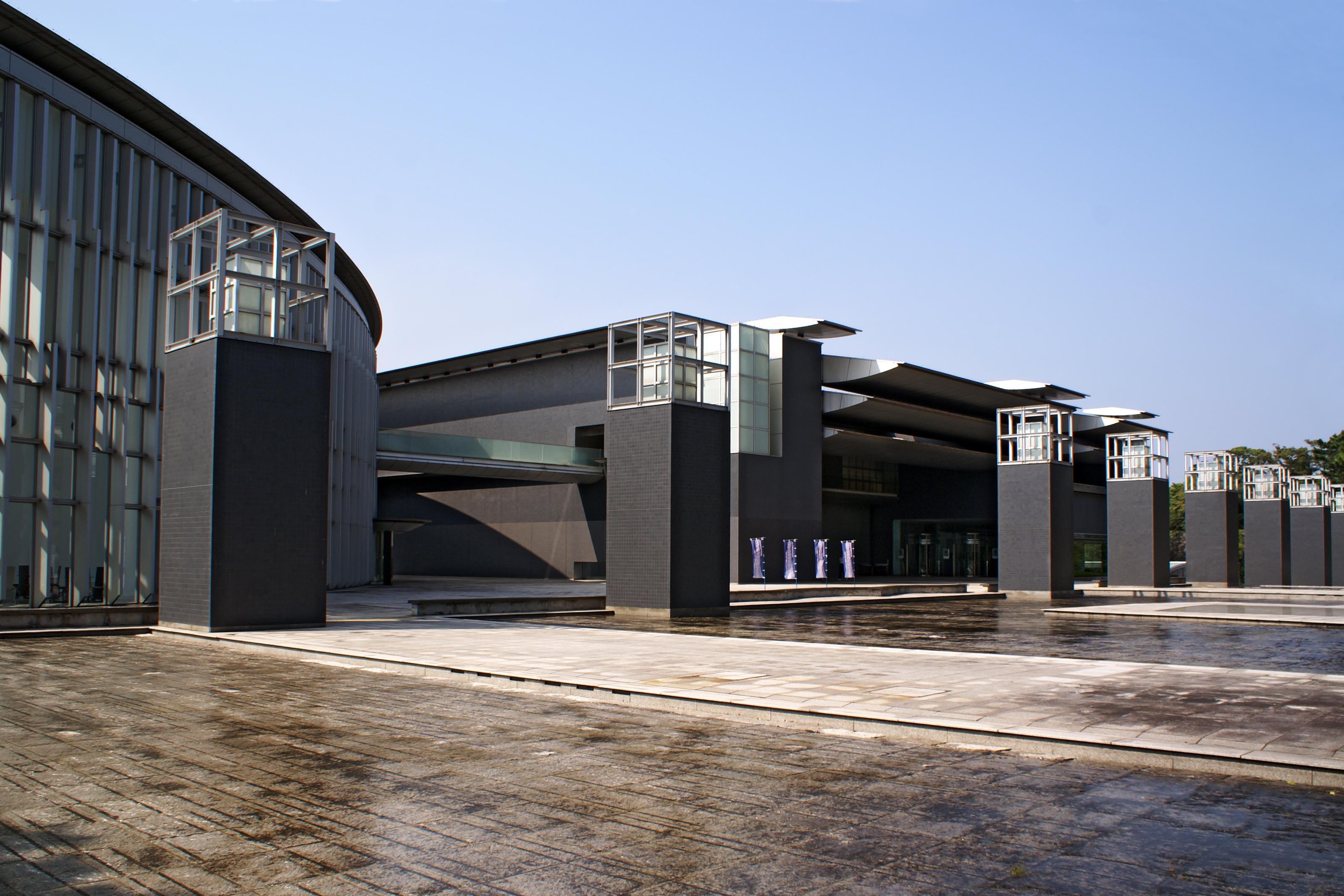 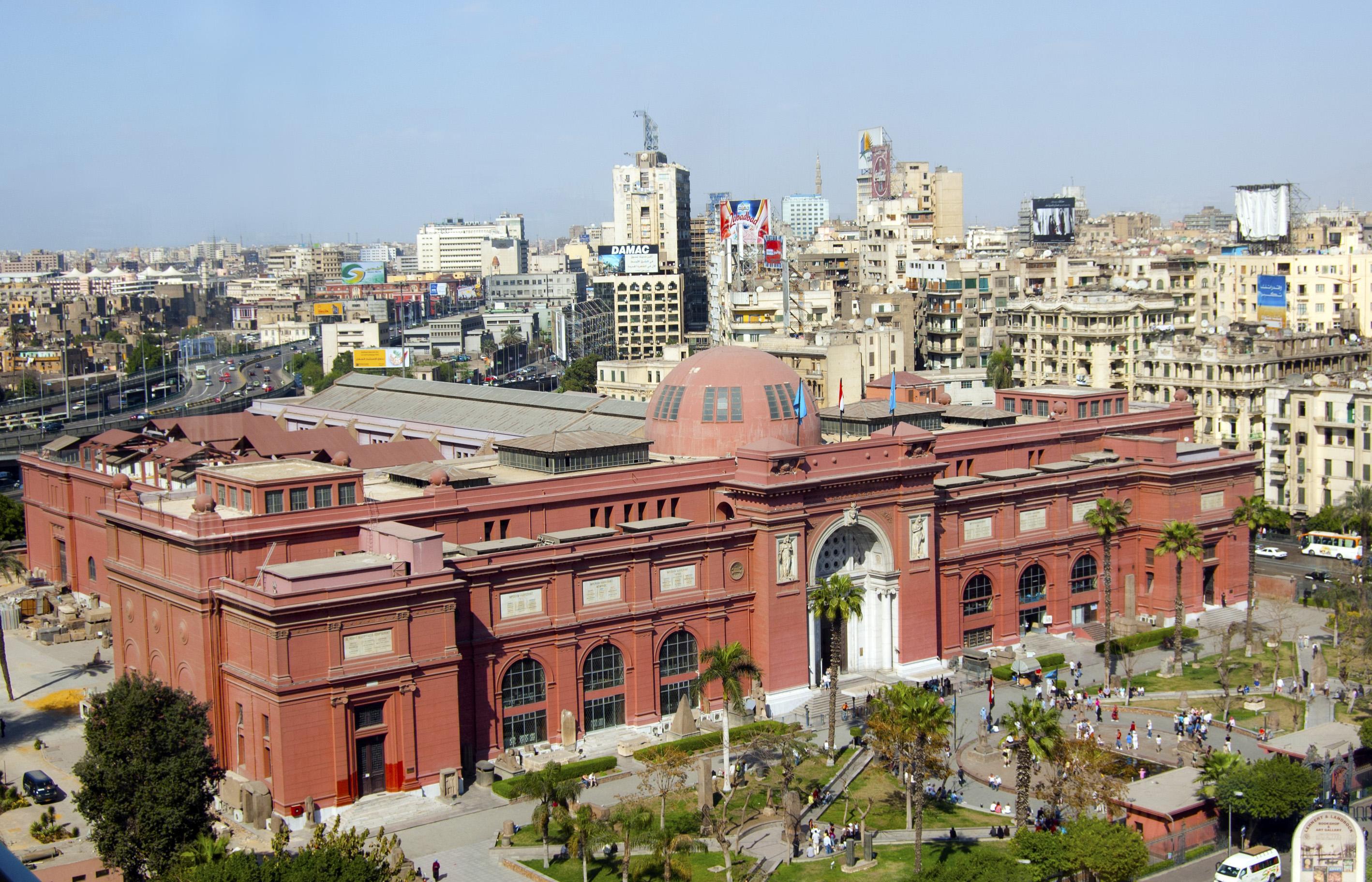 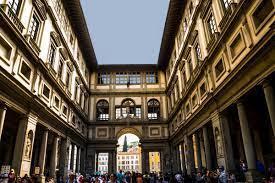 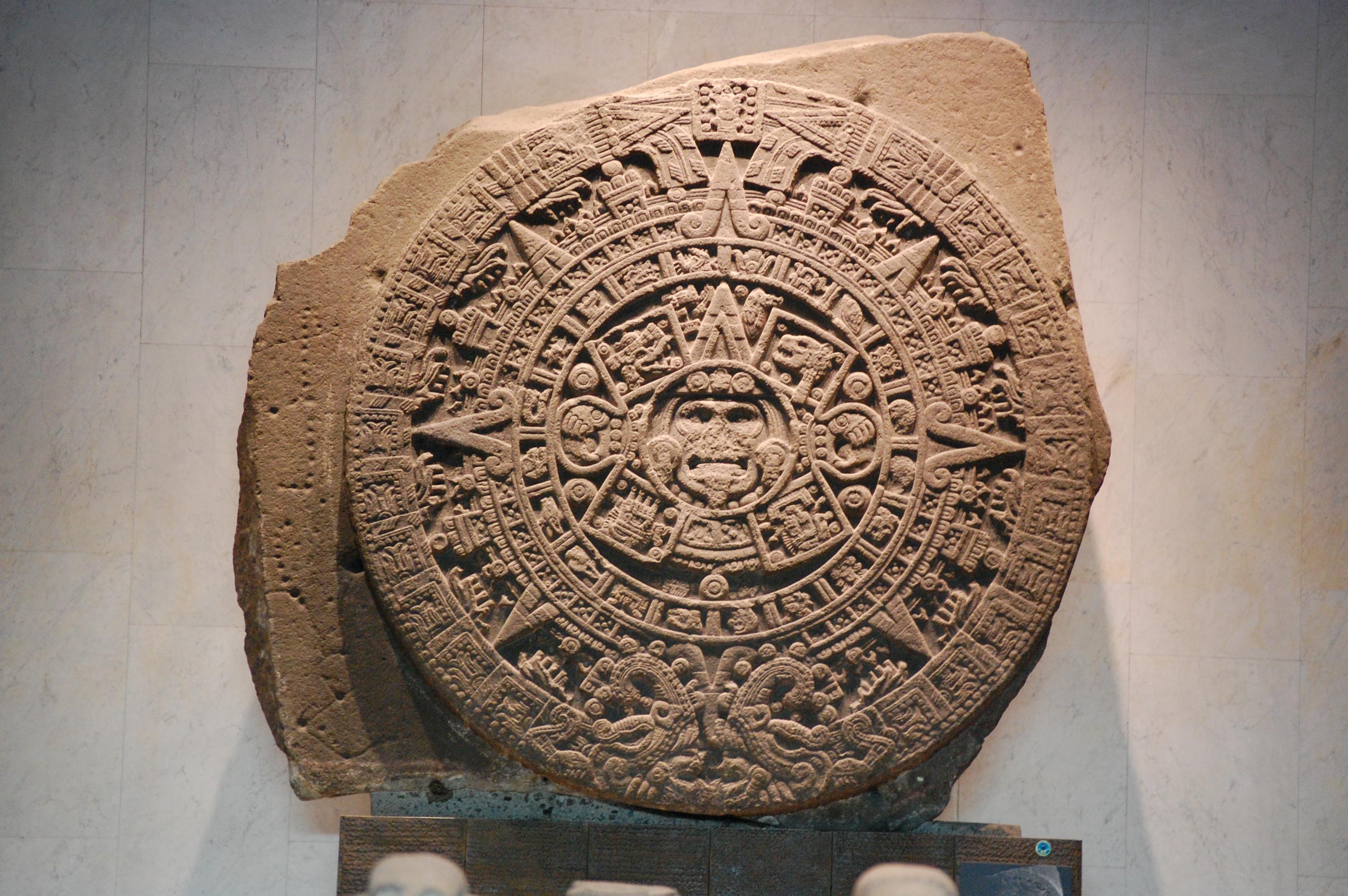