What are the Names of the Monster High Characters

Monster High have become hugely popular characters among boys and girls. These monstrous characters are not only the face of toys and television series - they are basically everywhere! But do you know what is the name of each character? In fact, the characters' names refer to their origin, the family they were born in, and the type of monster that they are.

You may also be interested in: What are the Names of the Ever After High Characters?
Contents

Frankie Stein is one of the main characters in Monster High, born to Frankenstein's monster and his wife, known as the Bride of Frankenstein.

Like her parents, Frankie Stein is formed by many human organs united surgically, as the screws on her neck show. In fact, her limbs can be detached! She has pale-green skin and has white hair with black streaks, and she is known for being sweet but a bit naive.

Clawdeen is the daughter of a werewolf, which is why she's covered in brown fur, has long hair, her ears are pointed, has fangs - and quite a short temper. Her name makes her type of monster even more obvious!

She always dresses in purple clothing, and animal prints are also very popular among her clothes. In fact, Clawdeen Wolf loves fashion and design: she is the most stylish character in Monster High!

Another of the most popular Monster High characters is Draculaura, a vampire whose father is none other than Count Dracula, who founded the Monster High school.

She has dark hair with pink streaks and always wears a ponytail. She has light pink skin and, like Clawdeen Wolf, she also has sharp fangs and pointed ears. Draculaura is cheerful and clever - and also a vegan!

Cleo is the daughter of a mummy from Ancient Egypt, which is why she dresses in golden bandages and wears golden jewelry. Her name refers to Cleopatra VII, the last queen of Ancient Egypt, and her surname comes from the most important river in the country: the Nile.

Like her namesake, Cleo is definitely the ruler of Monster High: she is the president of the student council and the captain of the cheerleading - or "fearleading" - squad.

Lagoona, as you can probably guess, is a sea monster. She comes from a family who lives in the ocean: her mother is a fish nymph, and her father is the Creature, also known as the Gill-man. This explains why her skin is blue and covered in scales, she has fins on the side of her legs, and her feet are webbed. Her hair is blond with blue streaks, and her name also has references to this color. She is sporty and friendly.

Although the main characters in Monster High are the girls, you can also find boy monsters such as Cleo's boyfriend, Deuce Gorgon. This character is the son of Medusa, the mythological gorgon; this is why he has snakes in his hair and can turn into stone anything he looks at. To prevent it, he wears sunglasses. Among Deuce Gorgon's best talents is that he's a great cook!

Ghoulia Yelps, the last of the main Monster High characters, was born into a zombie family. She's the most intelectual of all characters, and she acts as an assistant to Cleo. She has pale grey skin, blue hair and wears cat-eye glasses. Ghoulia can only speak like a zombie - she groans!

Abbey is the daughter of the Yeti, or the Abominable Snowman, which is where her surname comes from. Of course, Abbey arrived to Monster High from a cold area with snowy mountains; she wears an anorak as well as furry boots.

Spectra Vondergeist is the daughter of ghosts; while she has useful ghost skills such as walking through walls and overhearing everything, she often spreads wrong gossip all over Monster High. Her name comes from "specter", which means ghost, and her surname is a well-known ghostly family name.

This Monster High character is the daughter of a werecat and is the antagonist in the series, which is why she hasn't got a great relationship with some of the other characters. Toralei Stripe has a pet named Sweet Fang, a saber-tooth tiger cub.

In the school catacombs lives the Phantom of the Opera's daughter: Operetta Phantom. She's passionate for music and her birthmark on her eye is similar to a quaver. She is quite dramatic and artistic, and she has a spider as a pet.

The only human (or "normie") in the series is Jackson Jeckyll; his mother is the famous Dr Jekyll. He has an alter ego, Holt Hyde, which he can change into when he listens to music. He is a bit nerdy and sarcastic, and as his alter ego he has a much worse temper.

In the images below you'll be able to see other Monster High characters, from left to right and from top to bottom they are:

There are more boys in Monster High, including the following:

Other Monster High boys - the Mansters - include Finnegan Wake (a merman), Garrot DuRoque (a gargoyle and Rochelle's boyfriend), Invisi Billy (who is very dramatic), Neighthan Rot (a unicorn and zombie hybrid), Porter Geiss (an artistic poltergeist from Haunted High) and Slo-Mo Mortovitch (a zombie and Ghoulia's boyfriend).

Next, you'll find a list of names of Monster High's pets and who they belong to:

If you want to read similar articles to What are the Names of the Monster High Characters, we recommend you visit our Toys & Games category.

What are the Names of the Disney Princesses?
What Are Fidget Spinners for - Everything you Need to Know
How to Make a Treasure Map for Children
What is the Real Meaning of Pak Ganern?
Most read
1.
How to Change a Name in Spicejet Booking
2.
How To Play Dominoes
3.
What are the Names of the Disney Princesses?
4.
How To Tell If It's Going To Rain
5.
How to Keep Safe if you Go Walking in the Mountains
6.
How to Use IDog
7.
How to Clean Nickel Silver
8.
How to Test your Body's pH Level at Home

What are the Names of the Monster High Characters 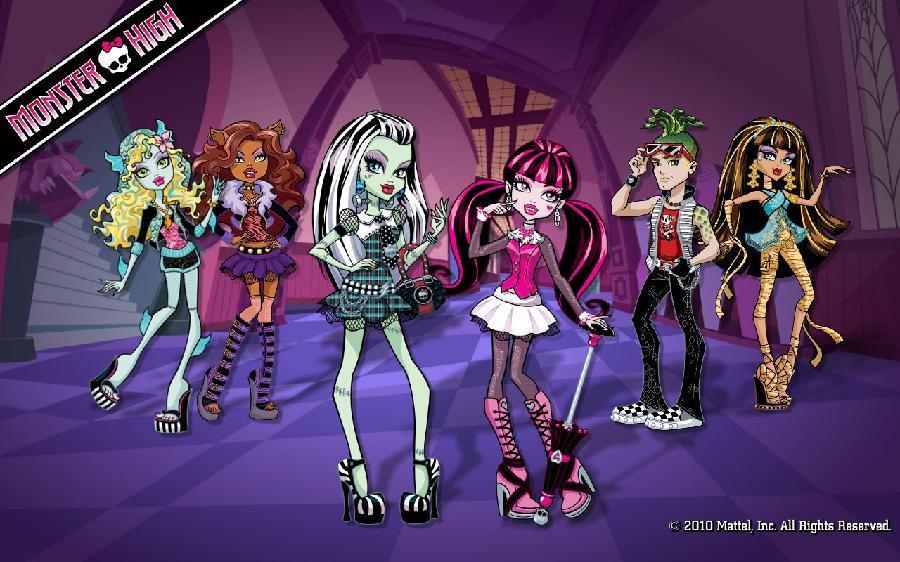 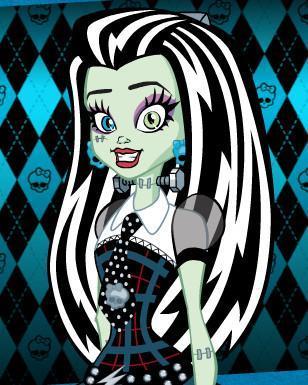 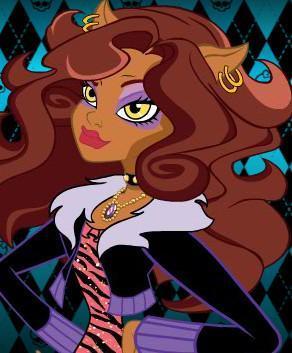 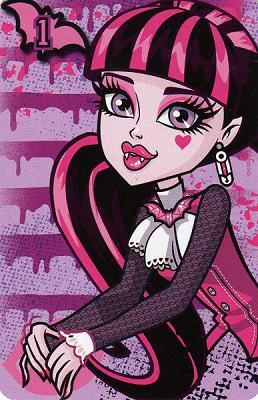 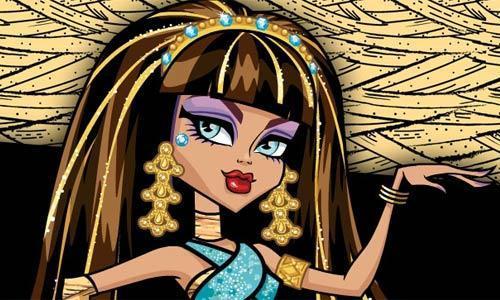 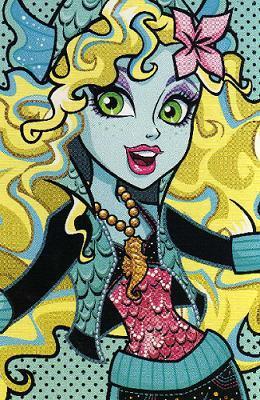 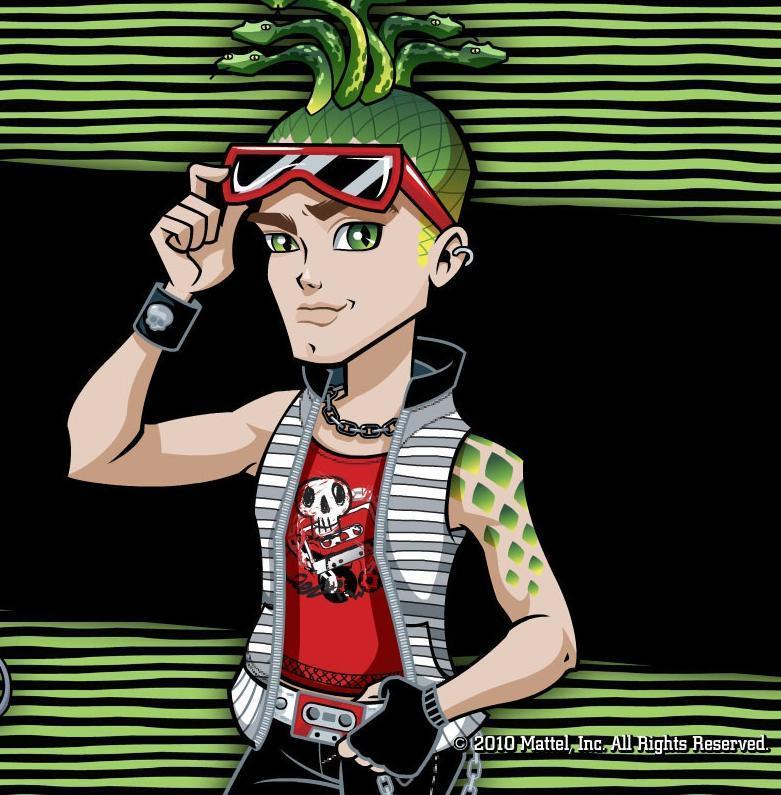 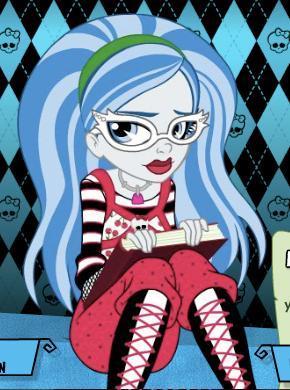 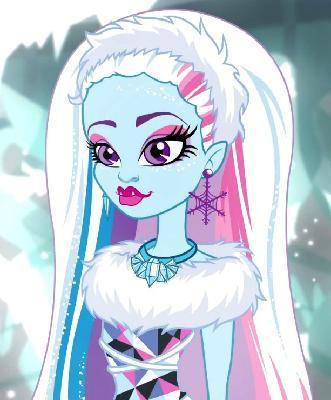 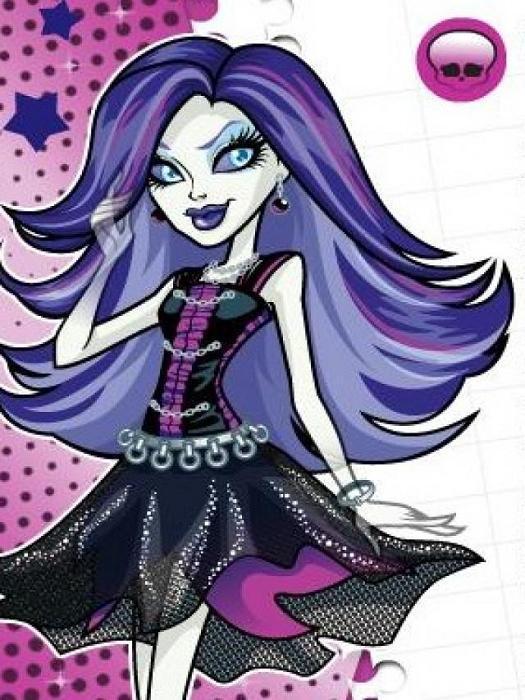 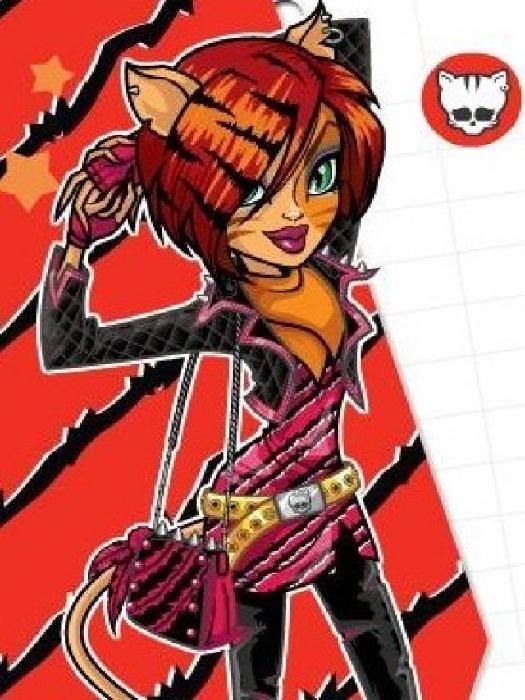 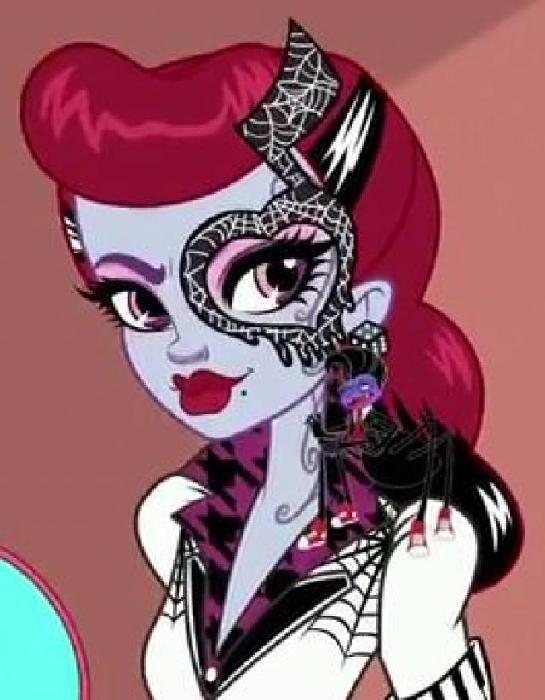 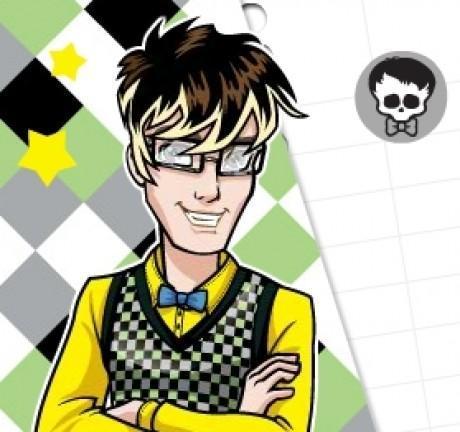 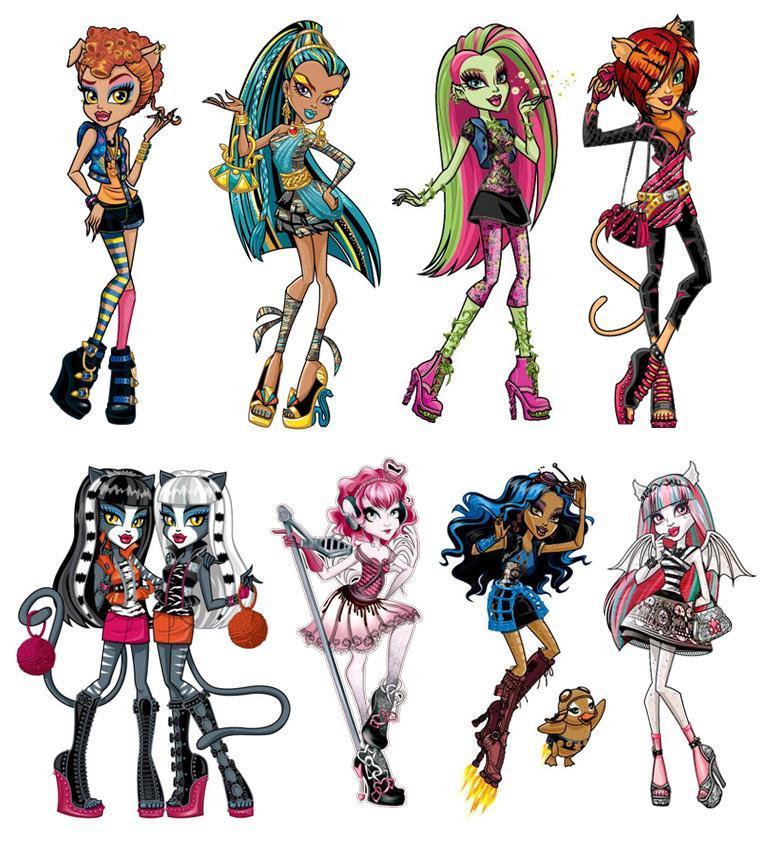 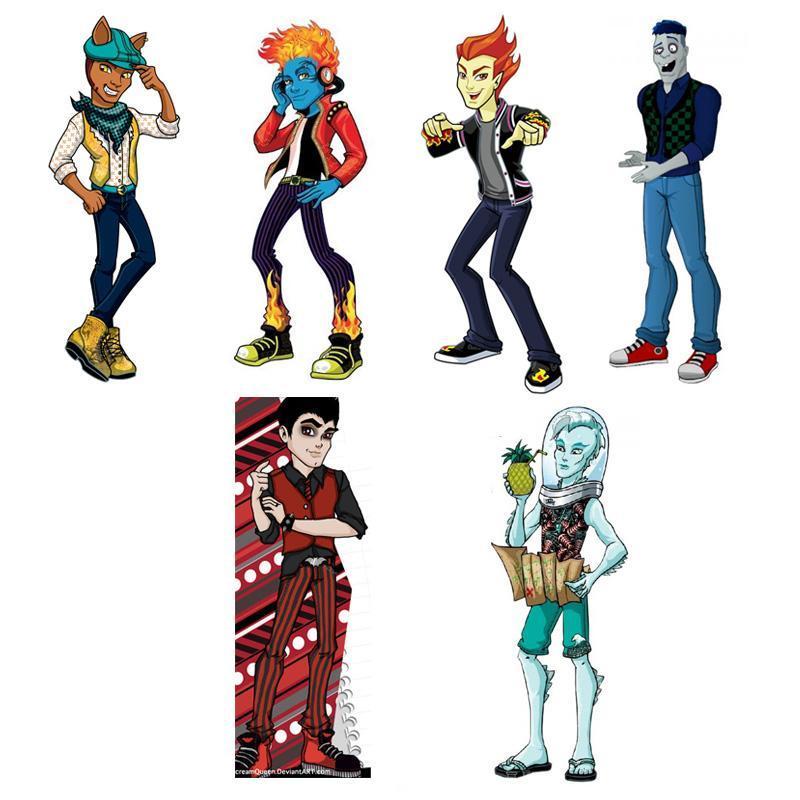 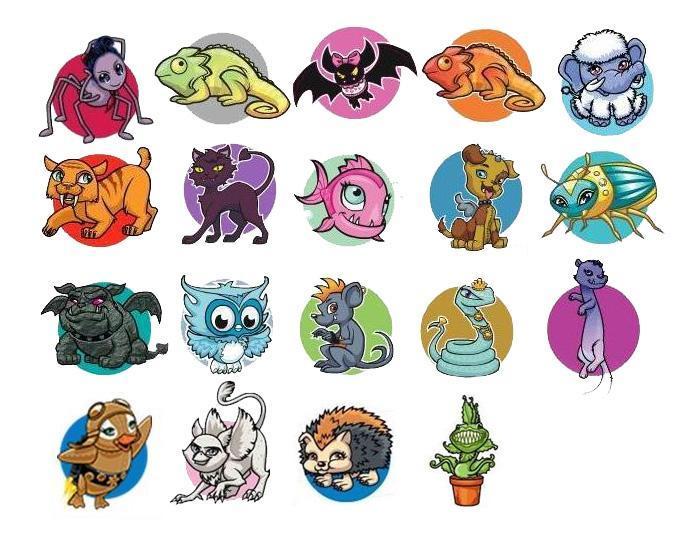