How To Tell If It's Going To Rain

If you want to learn a little more about climate and meteorology, or even make your own weather forecast, read this series of tips to help know if it's going to rain. Meteorologists or climatologists have studied for years in college and use complex computer systems and various criteria to predict the weather. Predict is the operative word as weather can change dramatically and the view out your window doesn't necessarily correlate to the little symbols on a weather forecast. We can't give you any guarantees either, but nature has a lot of indicators which the savvy can look out for to make an educated guess. Keep reading oneHOWTO to know how to tell if it's going to rain and hopefully escape a soaking.

You may also be interested in: When Is the Winter Solstice and What Does It Mean?
Contents

How to tell if it's going to rain in my area

On many smartphones, a weather forecast app is pre-installed. This can make knowing how to tell if it will rain seem easier, but they are often unreliable. They are also not intuitive and probably the most mundane way to tell if it will rain. A much more enjoyable way is to be observant and consider the many factors which might le us know if there will be rain or some other precipitation on the way. These factors depend on where you are on the planet at any given time, but below you can find a list of some basic common indicators to tell if it will rain:

Let's elaborate on these indicators and have a look below at what they might mean when it comes to telling if it's going to rain.

Temperature and humidity in predicting rain

High temperature and humidity means there is water vapor in the air and the atmospheric pressure is increasing (measured in hectopascals); meaning that precipitation is highly likely. However, rain / clouds can gather in one place, but if there is strong wind, they can move to other areas. This is why checking wind speed as well as humidity is important. The higher the humidity, the more likely rainfall is, and wind speed will tell us at what speed the clouds move.

Though you can check the humidity with a hygrometer, you'll also notice high humidity by looking at your hair (if you have it of course), as it will be unusually frizzy. Another clear indicator of high humidity level which indicates rain are some trees such as pine trees. Their pine cones will close up to protect themselves. Leaves on some trees can also help us to tell if it is going to rain as oak and maple leaves often curl in high humidity. If you live in a climate with high humidity you may have noticed wood swelling or warping as the moisture in the air gets sucked into it like a sponge. This is why you need to be careful with the type of wood you use depending in which part of the world you live.

Humidity will also help you predict rain if you are outdoors. To do this, build a campfire. If the smoke doesn't float straight upwards and works its way to the ground instead, this will indicate rain and possible storms as the pressure in the air affects the trajectory of the smoke.

Wind is also one of the best indicators to tell if it's going to rain. However, the way of interpreting this will depend on where you are in the world. In some areas, wind from the west indicates that it will rain, but will indicate the opposite in other parts of the world. Older people will probably know which of these applies to your region. In addition, strong winds usually occur before rain.

Wind exists when air travels from high pressure to low pressure and is necessary for the changes in the weather. If the wind moves over the ocean (or really any large body of water), then it can often pick up precipitation along the way which can lead to rain. Conversely, if it moves over a dry, hot land mass then the opposite will occur.

A reddish sky may indicate that it will rain for hours. Normally this reddish sky appears when the sun goes down, though it is more reliable to say it will rain if it appears in the morning. After 24 hours of a reddish sky, it will normally rain or become windy.

This way of being able to tell if it is going to rain is an ancient one, evidence of its commonplace existence being found in both the works of Shakespeare and the Bible. It was most commonly used by mariners, with the rhyme "red sky at night, sailor's delight / red sky at morning, sailor's warning", although many versions also use the same rhyme with shepherds replacing sailors. There is scientific evidence to support this theory, as if the sky is red in the morning, it is likely because the sun reflects off the incoming moisture heavy clouds above it, meaning rain is coming your way. The reverse can be true in the evening as it means the prevailing winds are clear of clouds and you should not have rain. However, this is only applicable to mid-latitude countries as the horizons of very northern or southern countries won't be able to tell if it's going to rain from this method. This is particularly the case at the north and south poles as the sun only rises and sets at the equinoxes, giving either six months of darkness or light, depending on the time of year.

About two or three hours before it rains you'll begin to see how the birds stop flying and seek shelter. This indicator can help you tell that it will rain. They do this because they have a very sensitive receptor in their ear which can sense changes in pressure. It actually causes them pain, so they have to fly lower (in lower pressure) to feel better and will seek shelter and stop flying completely if it gets low enough.

Moreover, if you live in the countryside, you'll notice that cows in fields will tend to move closer to each other and gather up, also to stay warm and protect themselves from the rain. They also say that if you see clouds lying down, it is because they know it is going to rain and they might need to stay warmer.

The last of the animal signs you may encounter in nature are those that ants create, as it is said that they build far steeper nests than usual. This is possibly the most difficult one to tell if it's going to rain as you will have to keep a keen observance on the ant hill leading up to the day on which it rains to see if there is a difference. Once it does rain, however, the ants are very quick to act and some will even form a raft out of their bodies with the queen at the center to protect her. They will float on a flooded waterway until they find suitable land mass.

It may seem like a myth but those people who suffer from arthritis or joint pain suffer significantly more one or two days before it rains. This is because changes in barometric pressure (the air pressure which affects weather changes) cause joints to swell leading to pain. Doctor's are not positive as tom why this is the case, but they have noted that there is some impact. It won't make your arthritis any worse, but it can provoke or lengthen the symptoms, pain unfortunately being one of them.

While it won't help you tell if it's going to rain, asthma is also affected by weather. If you have asthma and it has just rained heavily, it is possible that it can affect the spread of pollen in the air (contradictory to the common theory that heavy rains washes pollen away).

Natural physical indicators to tell if it's going to rain

There are a number of factors around us that tells us if it is going to rain:

If you want to read similar articles to How To Tell If It's Going To Rain, we recommend you visit our Hobbies & Science category.

Tips
What to Do when a Volcano Erupts
How To Find Ursa Major In The Sky
How and why is a rainbow formed in the sky
What are the colours of the rainbow
Most read
1.
How to Change a Name in Spicejet Booking
2.
How To Play Dominoes
3.
What are the Names of the Disney Princesses?
4.
How to Keep Safe if you Go Walking in the Mountains
5.
How to Use IDog
6.
How to Clean Nickel Silver
7.
How to Test your Body's pH Level at Home
8.
Absurd Questions to Ask Friends 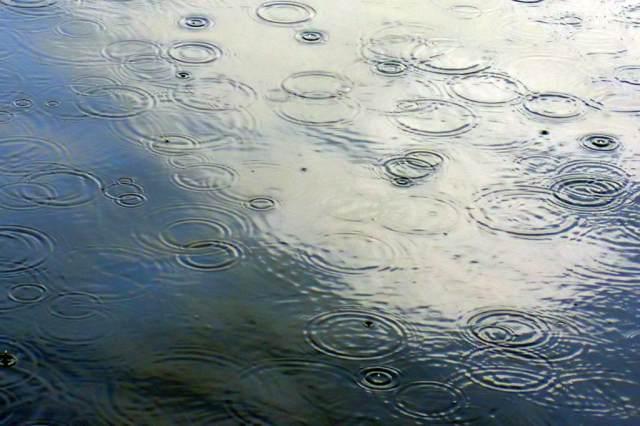 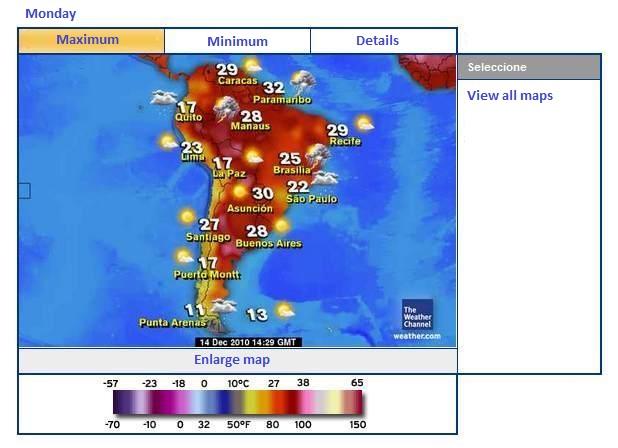 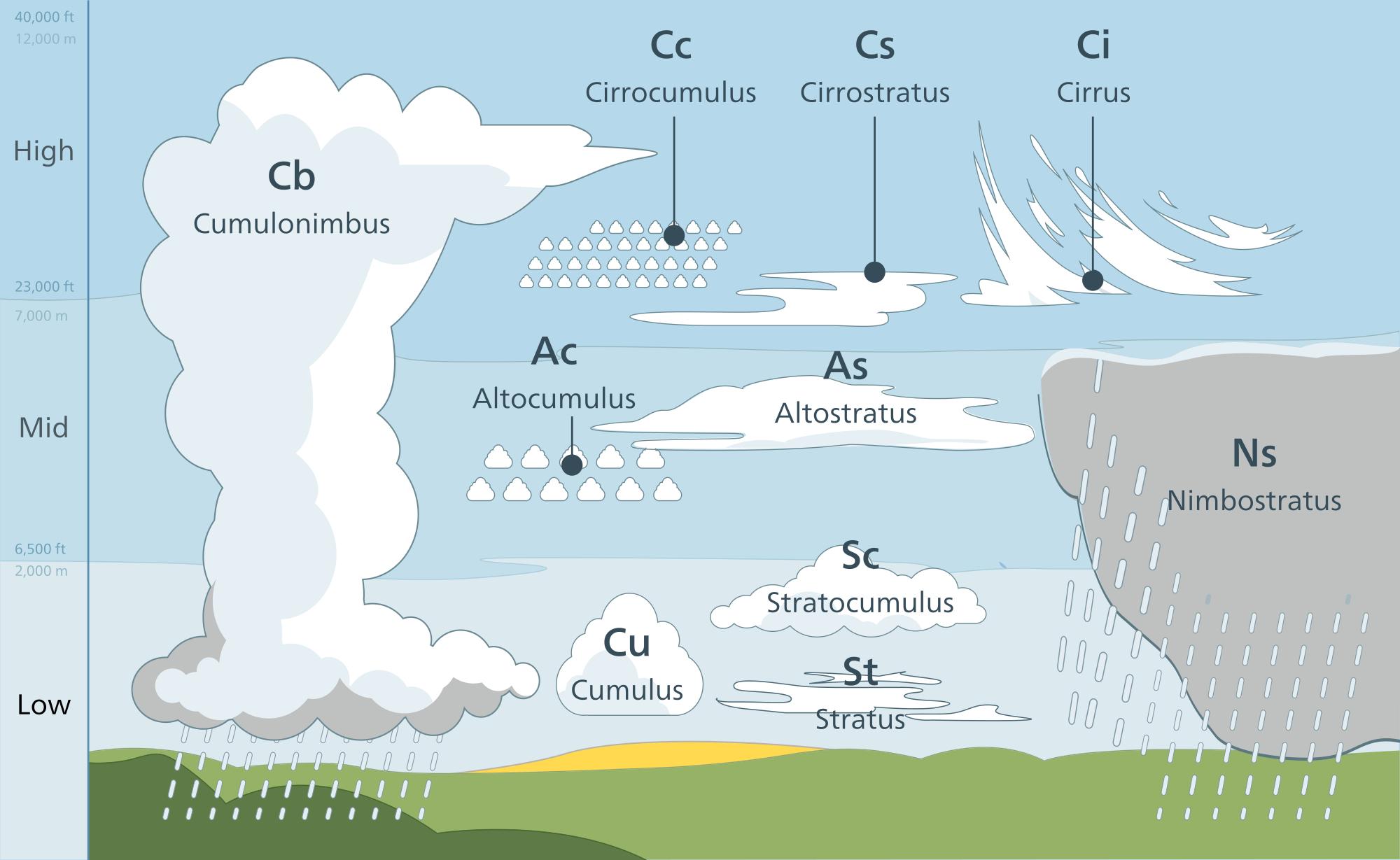 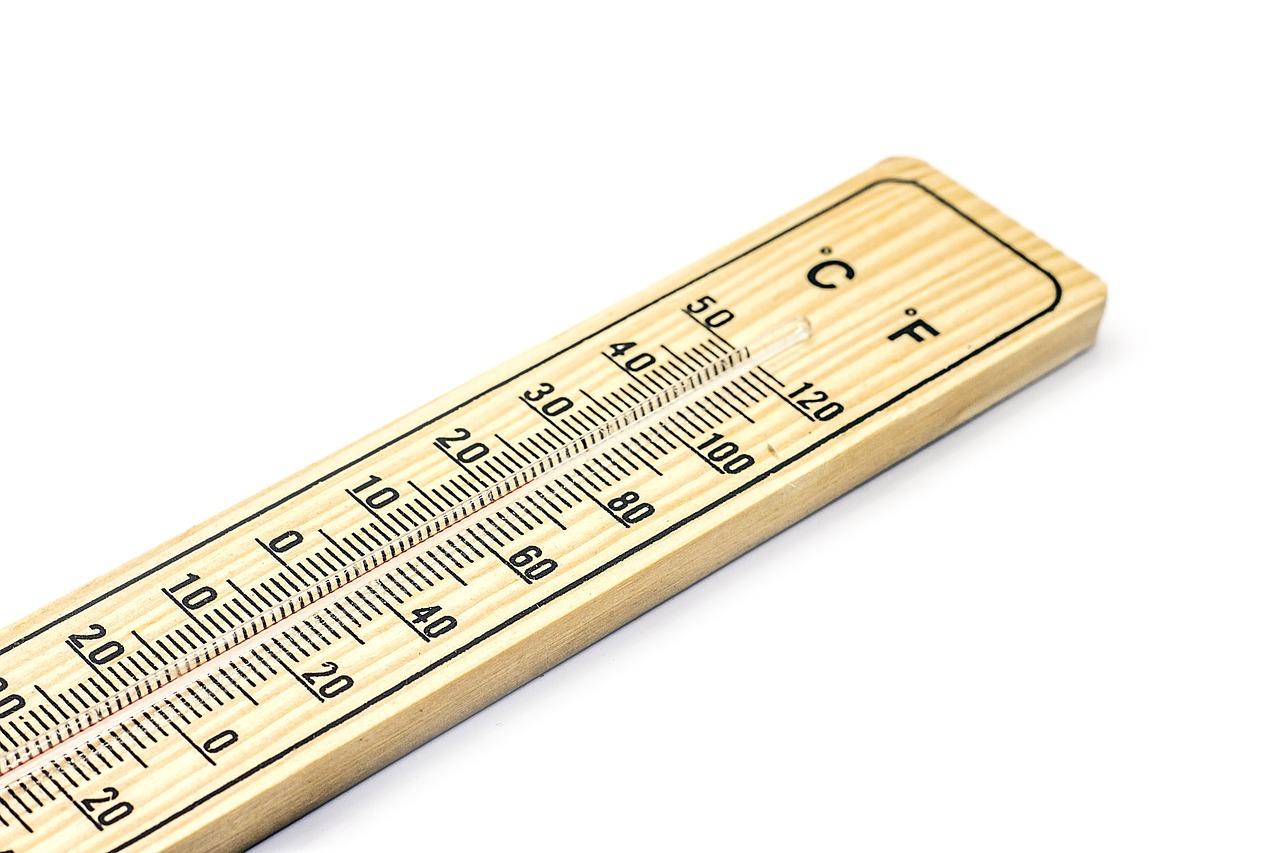 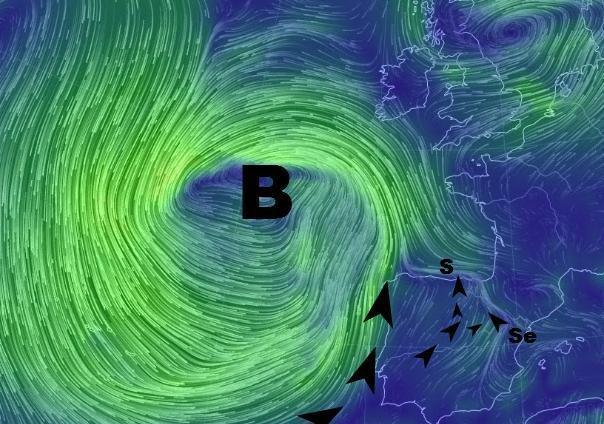 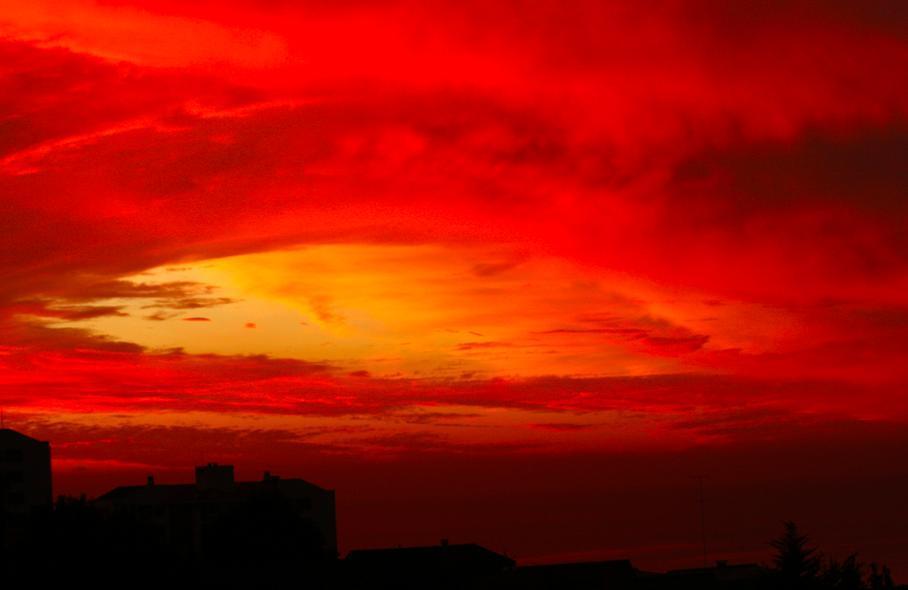 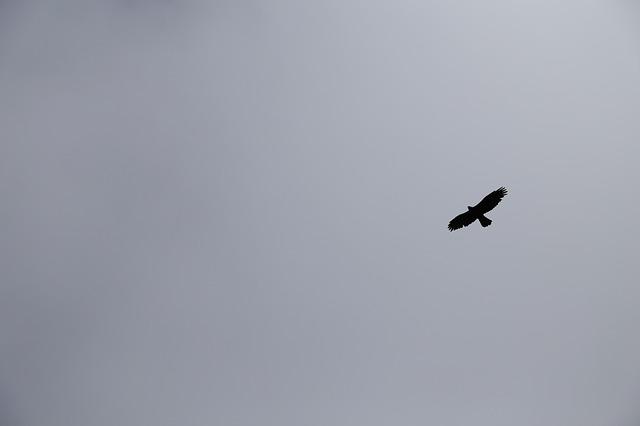 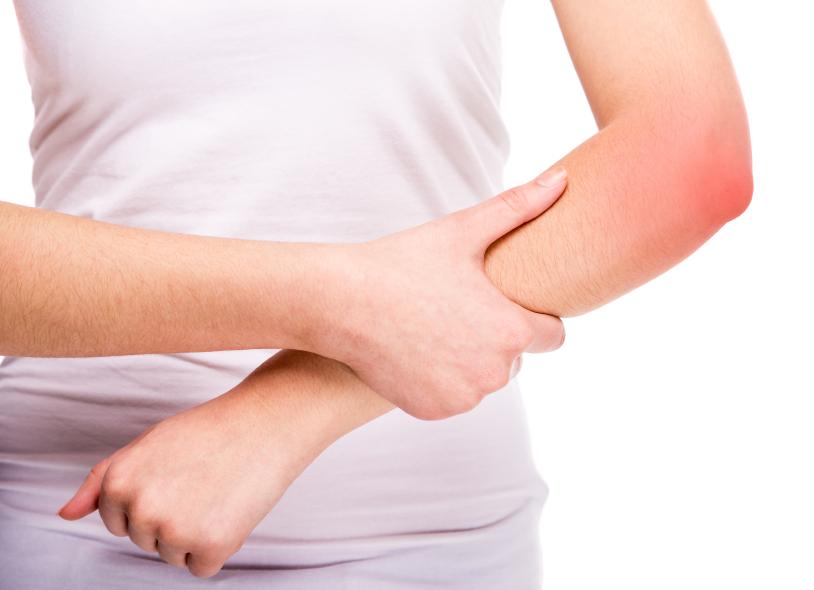