Scary Games to Play with Friends at a Slumber Party

A sleepover or a slumber party with friends is not complete without a set of scary games. Wait until it's dark outside, light some candles and get ready for the scariest games out there. In this oneHOWTO article we're going to explain the rules of some of the best scary games to play with friends at a slumber party. These games will surely give you the goose bumps, so be ready!

You may also be interested in: What is the Real Meaning of Pak Ganern?
Contents

Ghost in the graveyard

To play this game you need three friends minimum (the more you are, the funnier and scarier it will be). The purpose of the game is to find the ghost, which is a player that is hiding. Before starting these games, you will distribute folded paper cards to each one of the players. All the cards will be white, but one will have the name "ghost" written on it. This person will then be the ghost. After this, all the players need to hide in the "graveyard" and try to find the scary ghost. The person that finds the ghost (he/she will carry the card with the name "ghost" written on it) will have to yell "Ghost in the graveyard" to alert the other players. This first player who finds the ghost is safe, but the others will have to get back inside the house before the ghost gets them. If the ghost gets any of the other players, he/she gives the caught player the card of the ghost and then the game starts again with a new ghost.

This is a scary game that's perfect to play at a slumber party for children or preteens. In this game, one person lies eyes closed face up on the ground. The other children sit around that person while another person is telling the story. The story is about his friend being injured or dead, having the body filled with sand. The purpose of the game is to make the person lying on the floor think that they're super heavy and full with sand.

To play this game, start by being the narrator. Tell the person laying on the floor that they died in a horrible way and they were buried in a cemetery. After this, the sandman went to their grave and digged them up. He slit them open and filled their body with sand. While you're telling this, one of the people sitting in the circle around the person lying on the floor touches that person with the finger to simulate the sensation of being cut open. That person should do all the movements, make as if they were cutting the person's limbs, filling them with sand and finally sewing them up.

When the story is finished, the person laying on the floor will have the sensation that they've been filled with sand and that their body is very heavy.

To make this game spookier, you need to turn all the lights off and only light some candles. Also, make sure that all the participants and specially the person lying in the middle of the circle want to play. Concentration is very important for these games so everyone should be up for it.

Seek and kill is a variation of the Hide and seek games, only spookier. This variation is a perfect scary game you can play with friends. To play seek and kill, one player is chosen as the killer and is sent to another room to wait. Then, all the other players need to hide somewhere in the house. All the light in the house should be turned off and every player will have a flashlight (also the killer). When the 5 minutes for hiding have passed, the killer needs to find all the players. Every time someone is discovered, that person needs to scream as if he/she had been killed by the killer. Then, that person goes to the center of a room, which will be the cemetery. There he/she will lie on the floor and wait for the end of the game. The last player to be found is declared the winner.

To make this game even more scary, put on some background scary noises. The house will look like a haunted place!

This is a very serious game and some people might find it too frightening. However, if you want a scary experience with your friends, you should definitely try playing ouija. This game is very intense, as you don't know exactly what you're going to mess with. Some professionals familiar with spirituality warn against using a ouija, but there is no real science behind it. Real or not real, playing ouija games with your friends will definitely make up for a spooky way of spending the night. To play ouija:

As previously said, there is no science proving that ouija is real. However, we have some recommendations while playing these scary games:

The purpose of this scary game is to avoid meeting the midnight man in the dark. To start playing this game, gather all your friends in a room and invoke the midnight man. This should be done at exactly 12 o'clock at night to make the liturgy more scary. When you've done that, it is time to turn off all the lights and only carry a candle with you. The goal of these games is to not meet the midnight man, and the best way to avoid him is by moving continuously during the night. If you stop moving at any time, he will catch you. The game will end at 3:33, when the midnight man will disappear.

When you're walking around the house, there are some scary signs that will indicate that the midnight man is next to you:

Your candle going out is the clearest sign that the midnight man is next to you. If you want to avoid this scary figure, you should light the candle again in less than 10 seconds.

Move around the house and hope to make it to 3:33 without being caught by the midnight man.

Be careful when playing with candles, as it's a dangerous fire hazard and playing this scary game may trigger someone to drop their candle or start a fire.

Of course, we couldn't forget to mention the most classic and scary games of all times. Be careful when playing these games, as the majority of them involve spirits. As said before in the article, there is no science that says that spirits exist, but some people believe in them and might get very scared. Don't play this game if some of your friends truly believe in ghosts.

Bloody Mary is a very old and scary game. Some people say that the game really calls a haunted spirit, while others think it is just imagination. The only way of finding out is playing yourself. The rules of the game are:

Telling scary stories is one of the classic games in all slumber parties. Just gather all your friends around in a dark room or outside in the darkness of the night and tell the scariest of the stories you can think of. They might not be scared at that time but surely, as the night goes by, the scary stories will haunt you all.

Now you have the perfect games, make sure everything else is up to standards. Take a look at how to have a scary slumber party for more great ideas!

If you want to read similar articles to Scary Games to Play with Friends at a Slumber Party, we recommend you visit our Toys & Games category.

Tips
Best Christmas Riddles With Answers
How to Use IDog
How to Play Online Games With Friends
Charlie Charlie challenge: How to Play
Most read
1.
How to Change a Name in Spicejet Booking
2.
How To Play Dominoes
3.
What are the Names of the Disney Princesses?
4.
How To Tell If It's Going To Rain
5.
How to Keep Safe if you Go Walking in the Mountains
6.
How to Use IDog
7.
How to Clean Nickel Silver
8.
How to Test your Body's pH Level at Home

There is an urban legend called ‘Baby Blue’. This claims that if you say the phrase ‘Baby Blue’ into the mirror 13 times in a row while cradling your arms as if holding a baby, you will start to feel the weight of the baby in your arms. Some say you have to turn all the lights off!
Lola
15/02/2020
You must go into the restroom by yourself and turn the lights off and repeat baby blue blue baby and put your arms in the position as if your rocking a baby and start to feel a baby getting heavier in your arms then hurry and throw the baby in the toilet and flush it before it’s mother comes
Kajsa
09/03/2018
Is there any more that you can request

Rating:
ILegitamentlyPoopedMehPants
04/09/2017
I love these espaeacially seek and kill
Horror Games
14/04/2017
Great list, but some of the games missing here
BOBERT
15/02/2020
Baby Blue lol
Scary Games to Play with Friends at a Slumber Party 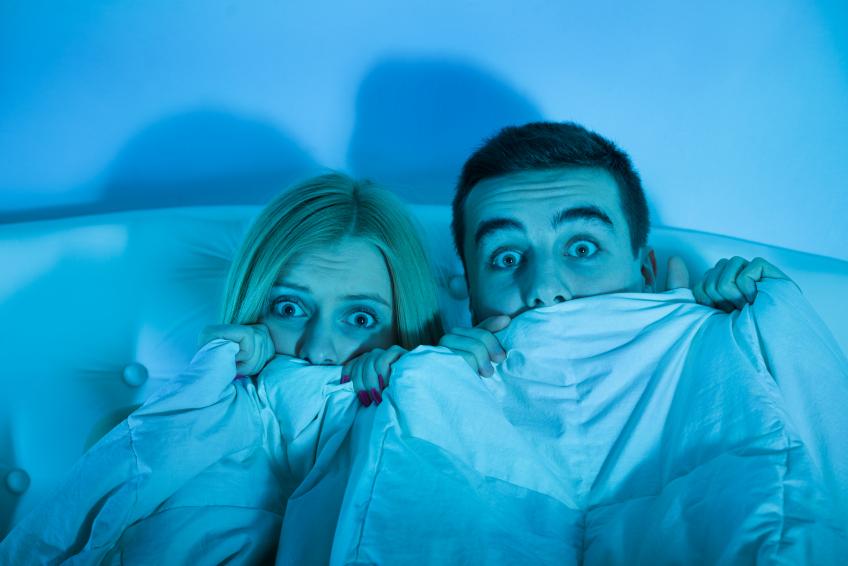 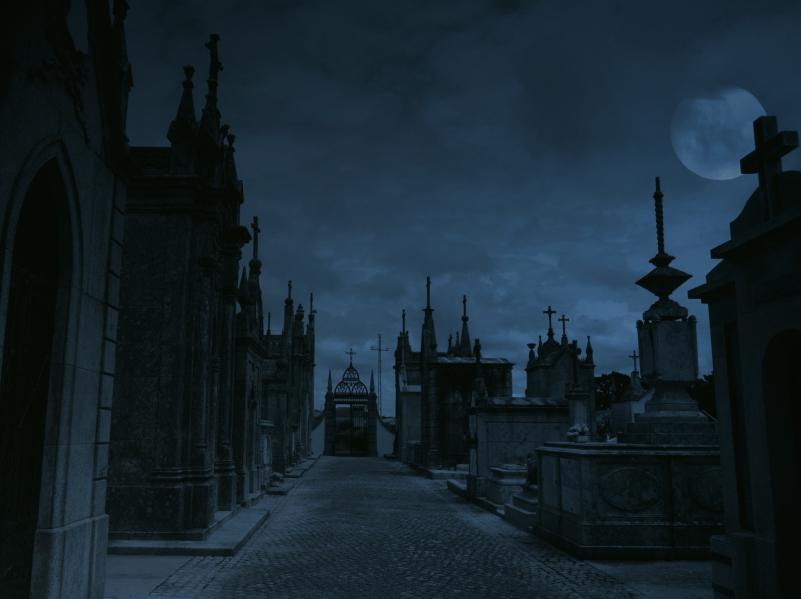 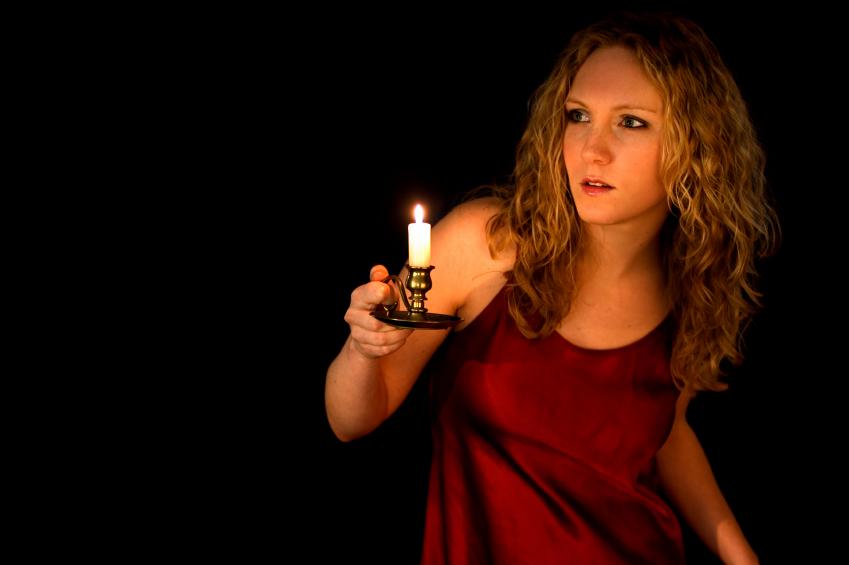